Home > Preparation > Keeping the Ability to Vote in the UK

Keeping the Ability to Vote in the UK 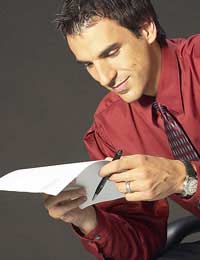 When you emigrate it doesn’t mean that you have to sever all ties with the UK completely. If you have been a voter in the UK elections in the past, you may find that you wish to continue this right even when you move. As long as you carry out the official requirements, you can continue voting from your new home and have a say in how the UK governmental structure will develop in the future.

Registering as an Overseas Voter

The process of registering as an overseas voter is very straightforward. All you need to do is ensure that you’ve already been registered as a UK voter and then contact your local electoral registration office. This is normally located at the local council where you last voted, as this will be based on your address in the UK. If you’re a temporary resident or even a permanent resident abroad, you are still entitled to your right to vote in the UK. If you were never registered in the UK to vote, you can’t normally vote abroad. The exception to this is if you were under legal voting age when you left the UK. If you were under 18, you can register to vote at the local council where your parents last voted. This rule applies only if you left the UK less than 15 years previous, as generally your ability to vote in the UK when living abroad will end after a period of 15 years.

How to Ensure Your Vote Arrives in Time

There are two different ways that you can ensure your vote is counted in the UK. The most common way is to simply register for a postal vote, however, the voting card is normally sent out only one week before the vote takes place. If you live in a country that is far away, it may be better to register for a proxy vote to ensure that your vote is counted. A proxy vote is simply nominating someone to vote for you at one of the local polling stations. Usually a family member or friend will be happy to do this for you.

Voting in the UK and Voting in Your New Country

When you emigrate, you often aren’t allowed to immediately vote in your new country. In most places, it is a requirement that you become a citizen before being allowed to vote in elections there. Even when this happens, you’re still able to vote in the UK as you’re generally considered a dual citizen. It is important to maintain your right to vote in the UK and should you decide to return to the UK on a permanent basis, you must remember to re-register again on returning.

Top 10 Things to Consider Before Emigrating

What Happens to Student Loans When You Emigrate

Moving to Canada from the UK

Utilising the Internet Before Moving Abroad