Settling into a New Culture 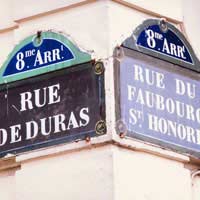 Leaving the UK behind is often an exciting time for new migrants. The anticipation of a new country and a new way of life is exhilarating, if a little nerve wracking. For many, choosing to move to a new country is often based purely on second hand information on what the country has to offer. For some, holidays there have shown enough to cement the decision to move there permanently. However you’ve come to the decision to move to a new home, there is bound to be a period of adjustment where you need to actively attempt to settle into the new culture you’re surrounded by.

Moving to a Country in the EU

If you are planning to move to a European country, you’re most likely going to have visited it previously on holiday. One of the major drawbacks of moving to a European country can be the language barriers. If you don’t speak the local language, it can be difficult to feel settled.

The culture will seem more alien to you and even though many people are able to speak English, it is worthwhile attempting to learn the local language as soon as possible. The benefits of this are limitless, as the locals are more likely to accept you and take you seriously as a new resident of their country. You will also be able to integrate with things more easily, such as television, making phone calls, shopping and all your official paperwork.

Embracing your new culture is a very important aspect of settling into your new home. You should immediately start referring to your new country as ‘home’, as it again shows locals that you’re thinking of their home as yours. EU countries are often filled with ex-pats and therefore it may be worthwhile finding some other UK immigrants so that you can learn the local customs with their expertise. The Euro currency has made it easier for many new immigrants in the EU as there is now a standard currency to learn.

Moving Further Away and Your New Culture

If you decide to move to a country such as Canada, the USA, Australia or New Zealand, you may never have been there before or may have only visited for a short time. Countries you visit on holiday are often completely different to live in.

Although there is the benefit of a common language, this doesn’t mean life is exactly the same. Adapting to a different sense of humour, outlook on life and general lifestyle can be very challenging. Dependent on the area you’re moving to, certain aspects of the culture will be more prominent. Often cities that are close to the beach and are continually sunny will have a fairly laidback lifestyle, one that can be difficult to get used to. If you’re used to putting work before family, this can be completely different in certain areas, or vice versa.

Always remember that as a newcomer to any country, it is your duty to learn and accept the local lifestyle, including laws, both official and unwritten. Getting involved with the community is one of the best ways to integrate into a new culture. If you already speak the language, you have a head start on becoming involved with local groups.

Always Being the Outsider

One of the difficulties you may encounter when trying to settle into a new culture is always being viewed as an outsider. With a different accent to locals and even a strikingly different look, it can be very unsettling to always feel that you don’t belong. Most people are very welcoming to newcomers, but as soon as you speak, you’ll instantly be seen as different. The only way to deal with this issue is to accept it and see it as a positive rather than a negative. Don’t be afraid to be who you are and most of the time, people are interested in knowing what brought you to their country. Familiarise yourself with the local money so that you’re not always counting it out and reverting it back to UK money. It will make you stand out and if you seem more at ease with the money, it makes you look more like a local. Adopt the local lingo as soon as you can. Start referring to areas as locals would, as this will give you more confidence when speaking to people and won’t make you seem like a wide-eyed newcomer.

Settling in to a Brave New World

The hardest part of emigrating is already over with by the time you’re considering settling into the culture. Taking the leap to move abroad initially is the difficult part, learning all about your new environment should be the fun stage. Don’t be shy and when someone asks you to join them in a social situation, it’s always a good idea initially to do so. You can learn far more about the culture this way than by reading about it, so get out there and go for it.